How to Remove Car Stereo Without Keys or Din Tools? [STEPS]

How Do I Get My JVC Radio Out of Protect Mode?

How to Remove Car Stereo Without Keys?

Depending on the type of the car and head unit, you can use either a slotted screwdriver or a pair of flat and sharp objects to remove the car stereo without keys or DIN tools.

Here, we will discuss how to remove a car stereo without keys. With this step-by-step guide at your disposal, you will be able to do the full replacement of your stereo without needing any professional help.

For instance, the 4th Generation Wrangler Jeep comes with stereo systems that require particular keys for removing them from their docking stations. If you have any such stereo but don’t have its removal keys, keep reading this post.

We need to mention here that this how to remove a car stereo without keys guide is not for any particular stereo or car make. Our step-by-step guide offers general guidelines that will come in handy for more or less all sorts of stock stereos. 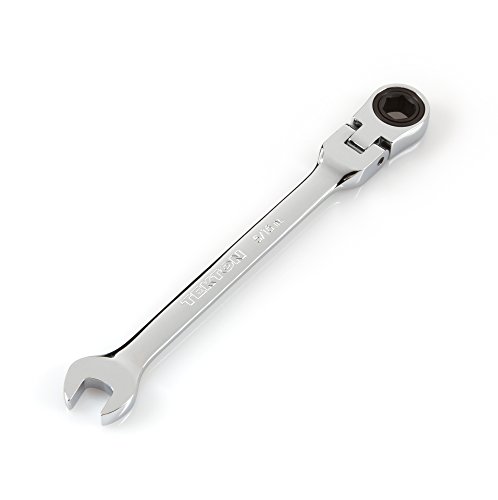 Personal and car safety should always be your priority. Therefore, unplug the battery cable from its negative terminal.

It is done to prevent short-circuiting while using metal tools on and around the vehicle wiring and electrical components.

You can use a purpose-built 10mm battery terminal wrenchto loosen the battery’s negative lead clamp for removing the cable.

You will need to remove dash panels (if any) or other additional components in front of the stereo’s mounting bracket.

This is where different people may have to use different approaches since every car manufacturer doesn’t offer the same procedure for accessing the stereo mounting bracket.

If you aren’t sure about the right procedure for your car model, refer to its owner’s manual. If you don’t have one, you can easily find it online on the official website or any auto blog or forum.

Below the prescribed procedure is important so that you don’t damage any part of the interior while removing its stereo. 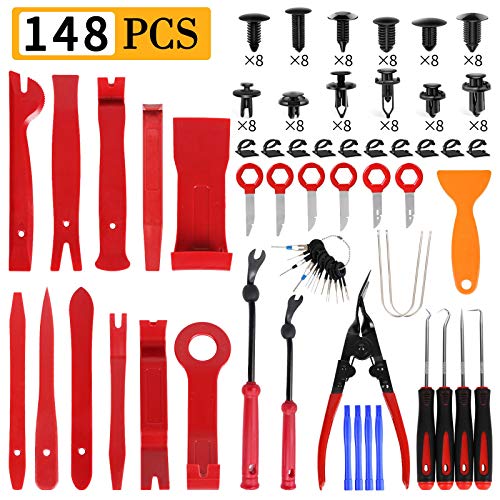 After removing the front dash panels, you will be able to see the stereo system fixed in its mounting bracket from both sides through slotted screws.

Usually, one uses any slotted screwdriver to unscrew the stereo from its mounting bracket. However, that’s not the case with car stereo with keys. They are essentially stuck or wedged in their docking stations.

If the stereo system is not fastened to the bracket through screws, you will need two flat and sharp objects (knives or screwdrivers) to remove the stereo or you can use this trim tool kitthat comes with 6 stereo removal tools.

This procedure will push the front of the stereo out that you can then easily pull out with your hands.

Many people try to pull out the stereo from its bracket without realizing that it’s also mounted with a cluster of wires. This approach can break the wires that you have to use with the replacement stereo.

If you want to save the unnecessary replacement wires cost, gradually slide the stereo out of the mounting bracket to expose its backend.

Then, remove the wires from their binder rather than exerting force on the wires. When every physical connection is removed, take away the stereo from its mounting bracket and fix the new one and follow the same steps in reverse to install the car stereo without car keys.

We hope that this guide to how to remove a car stereo without keys lets you replace your head unit without wrestling with it. If you find this article helpful, don’t forget to share it with those facing the same problem. Also, drop in your queries in the comment section if you have any questions and confusion about the tutorial.